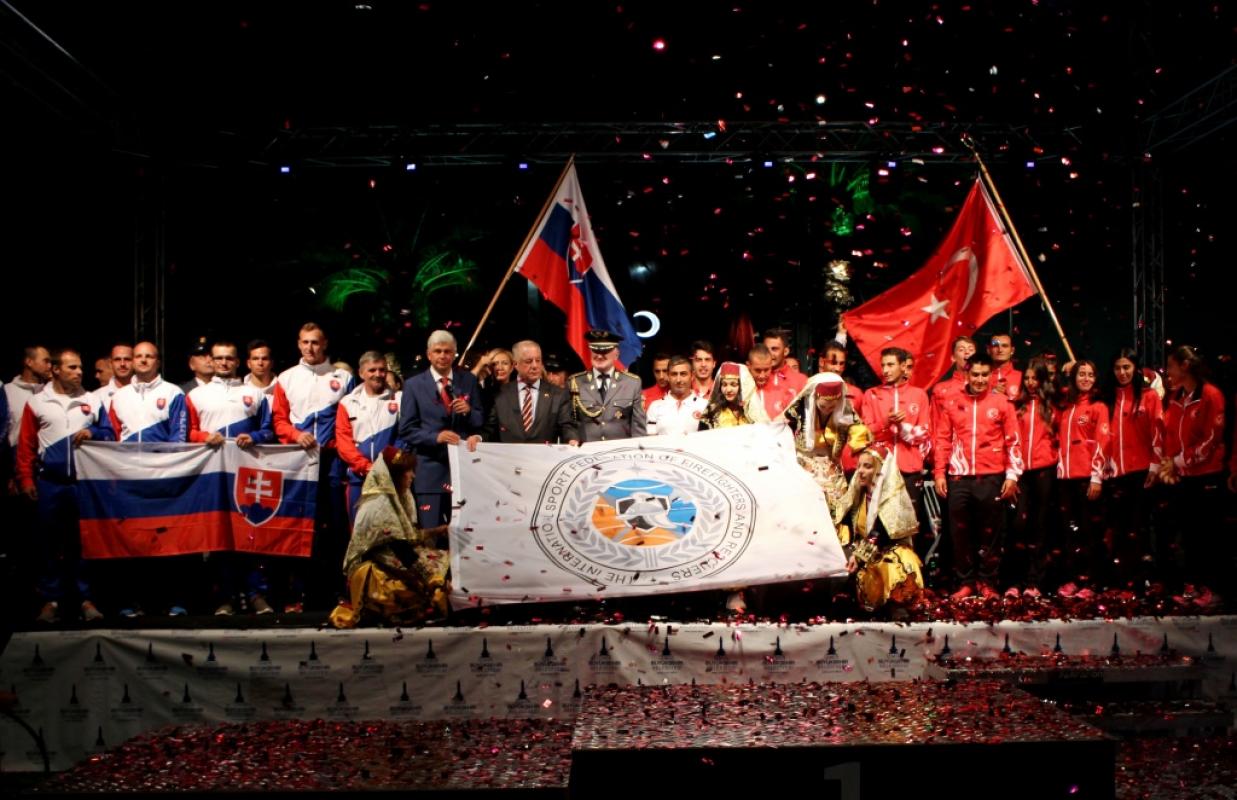 From September 25 to October 1, 2017 in the city of Izmir (the Republic of Turkey), under the auspices of the International Sports Federation of Firefighters and Rescuers, the XIII World Men's Championship and the IV World Women's Championship in fire and rescue (fire-applied) sport took place.

Championships for men and women in fire and rescue (fire-applied) sport gather the best athletes from all over the world who undergo a difficult selection in order to demonstrate their skills, character and will to win in a tense struggle. Holding such a level of competition plays a key role in popularizing the profession of firefighter and rescuer.

In the World Championships 18 sport teams participated, they are 11 men's and 7 women's teams in fire and rescue (fire-applied) sport.

The venue of the championships was "Culture Park", where athletes competed in the climb with the assault ladder and the Ataturk stadium, where competitions were held in three sports disciplines: overcoming 100-meter obstacle course, 4x100 meter relay race and combat deployment.
On the first day of the World Championships - September 27, on the treadmills of the Turkish city of Izmir, the strongest sportsmen of the world community of firefighters and rescuers came out to compete in the climb with the assault ladder.

In the evening of the same day, the solemn opening ceremony of the World Championships "Izmir-2017" was held, the participants and guests of the event welcomed: Mayor of the city of Izmir - Aziz Kocaoglu, Director of the Executive Committee of the International Sport Federation of Firefighters and Rescuers - Andrei Kalinin, and Head of the Fire Department of the Municipality of Izmir - Serdar Yucel.

Following the ancient tradition of the Olympic sports movement, a small particle of the Olympic flame there was lit at the opening ceremony of the competition.

According to the tradition the semi-final and final races became part of the grand opening. Thousands of spectators could admire the skill, professionalism of athletes on widescreen screens installed in the park and online broadcasts on TV and the Internet.

The next days sport competitions took place at the famous Turkish stadium "Ataturk", where spectators and sportsmen were waited for by unpredictable races. From the first minutes the spectators and participants were captured by their intense struggle and sporting skills.

Throughout the days of the championships on the sports tracks, the highest sport achievements, world and national records were established, many of which belong to the current participants, besides the joyful events there were losses and afflictions, but nothing could affect the friendly atmosphere between the athletes, marring the celebration, the holiday of the championship!

On the evening of September 30, the solemn closing ceremony of the World Championships "Izmir-2017" took place, the winners and prize-winners were awarded with medals, diplomas, valuable gifts, cups and ribbons of Champions!

The culmination of the closing ceremony was the transfer of the flag of the International Sports Federation of Firefighters and Rescuers from the hosts of the World Championships "Izmir-2017" - the Republic of Turkey to the organizers of the future World Championships of 2018 - the Slovak Republic.

As honorable guests and participants of the World Championships noted, Izmir city, had a warm and cordial reception. Competitions were held at a high level, the confirmation - excellent results, which athletes showed at different stages of competition. After the ceremony of awarding an incredibly beautiful and spectacular show was ended with a festive firework.

Congratulations to all the winners and prize-winners of the competitions! 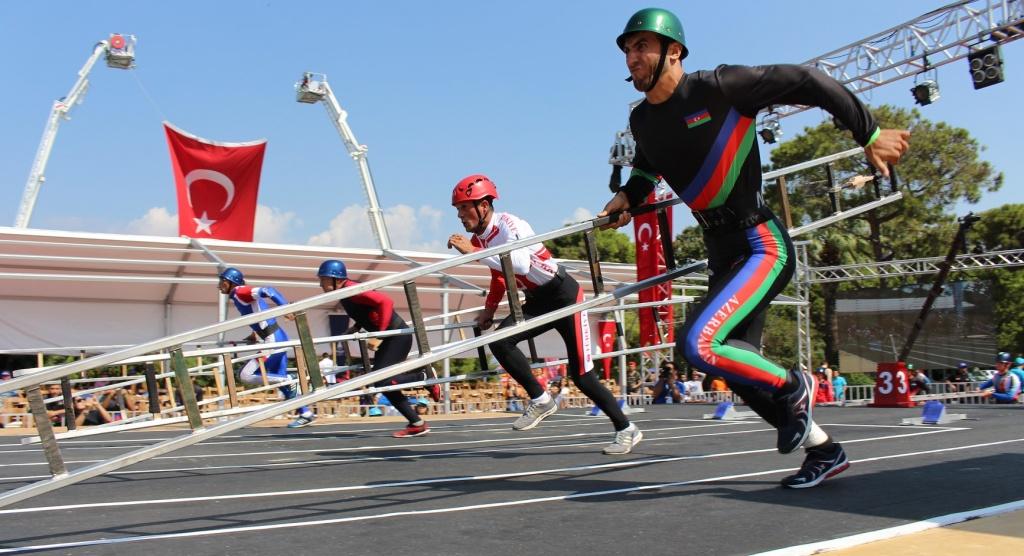 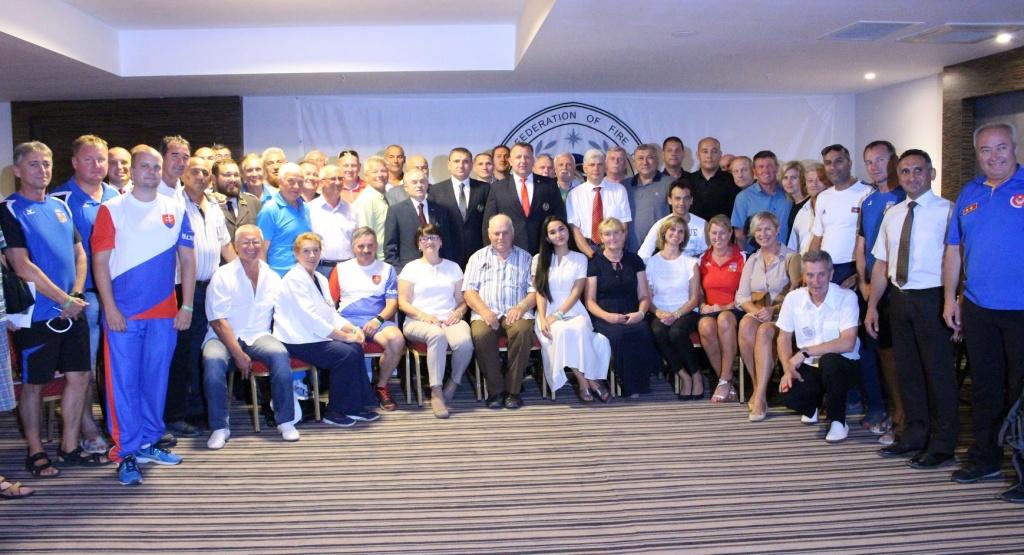 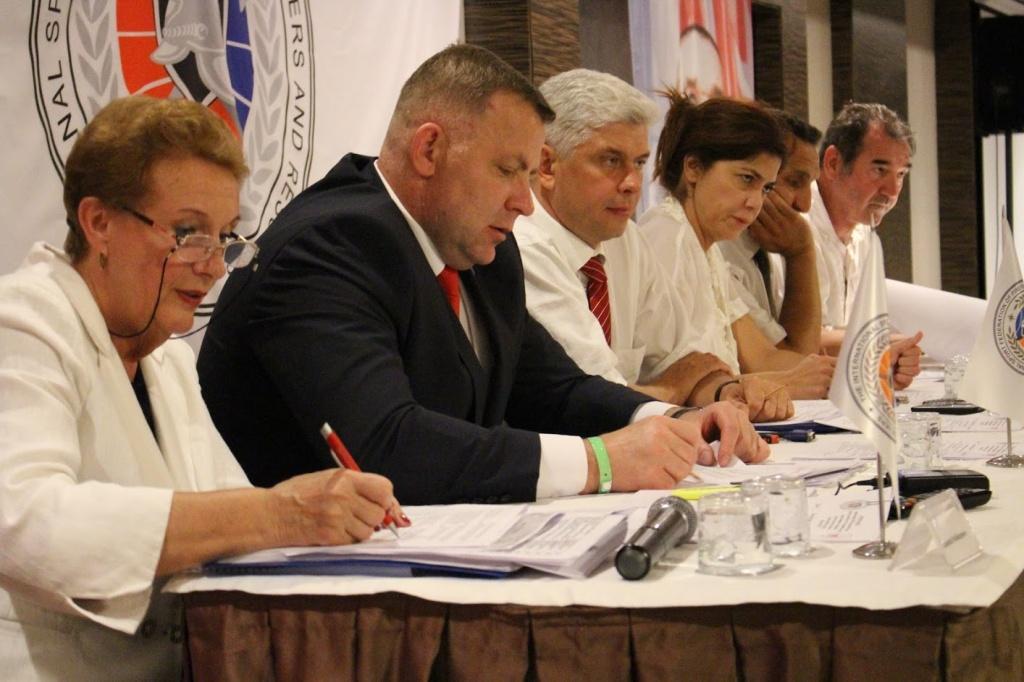 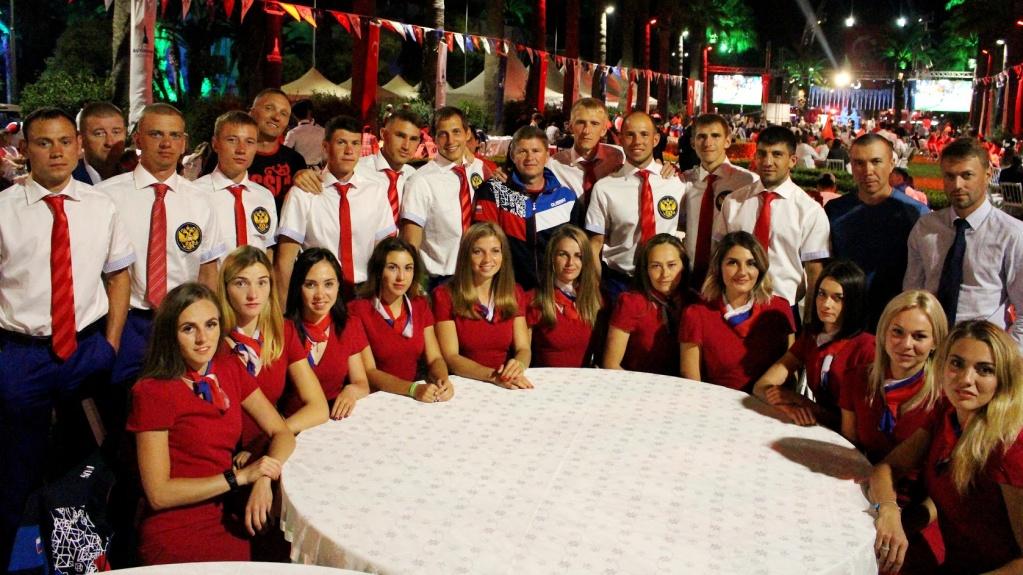 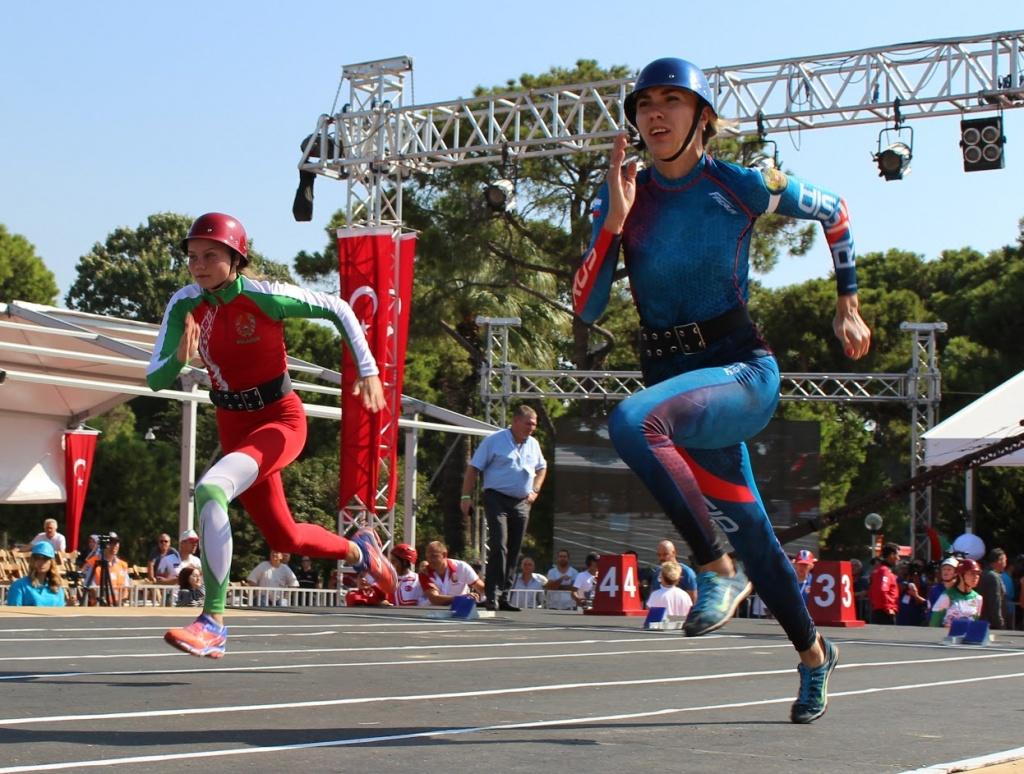 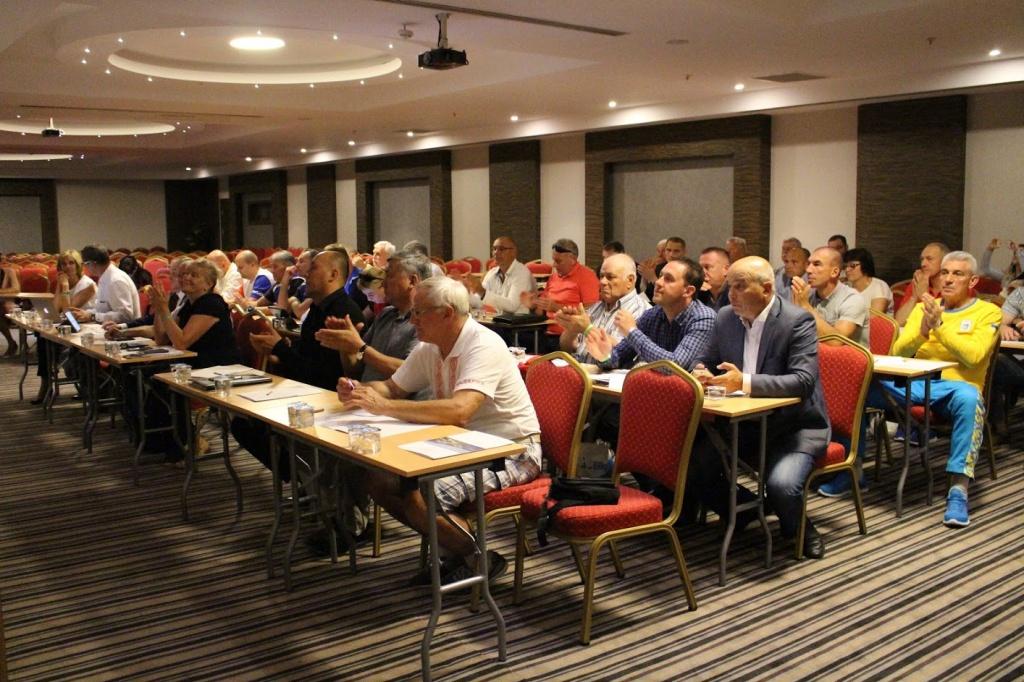 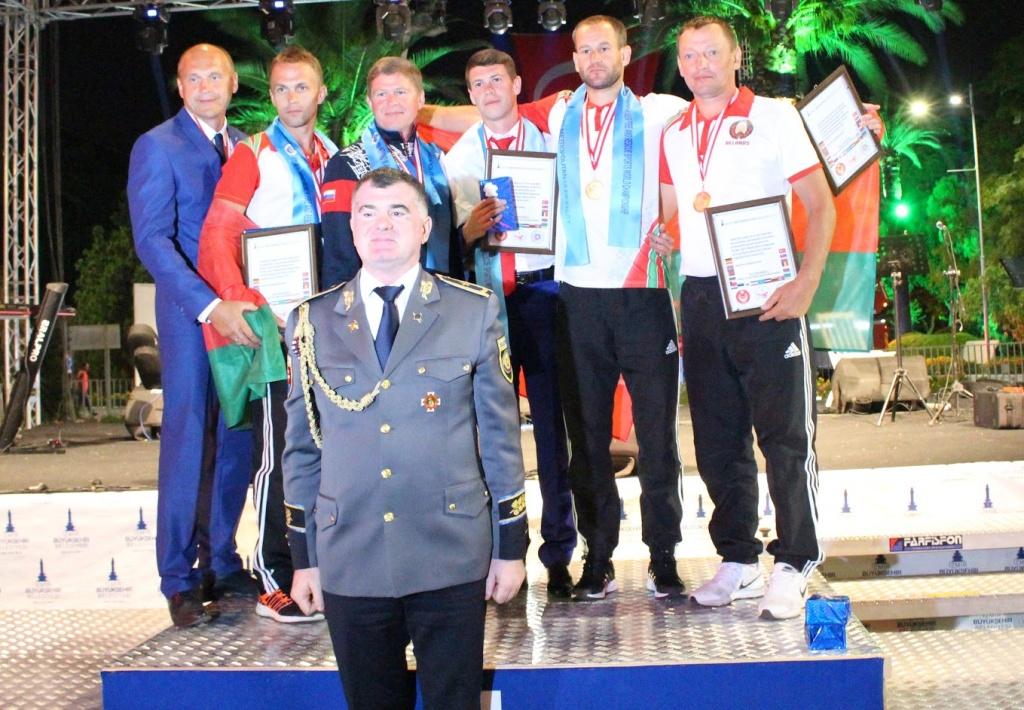 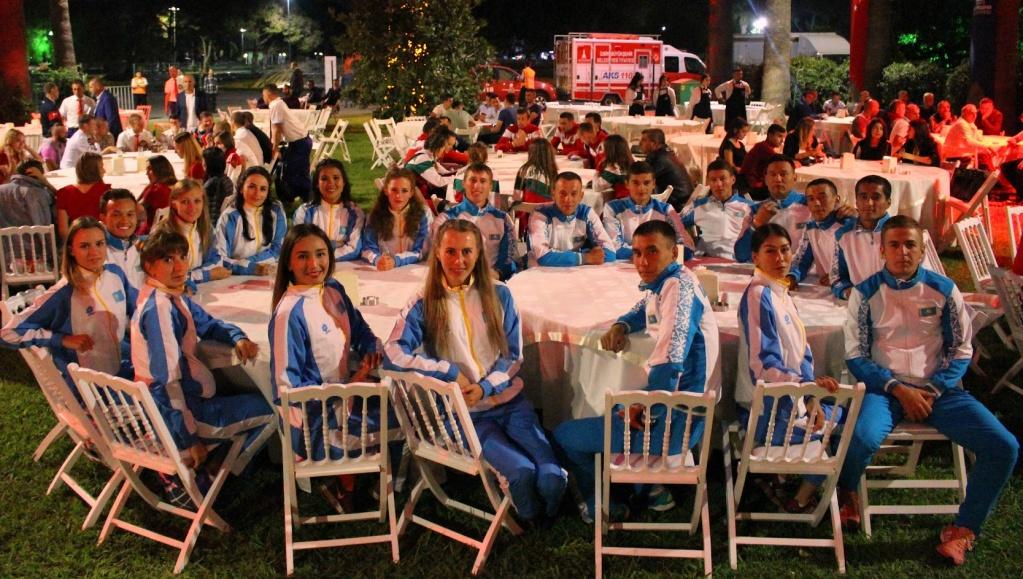 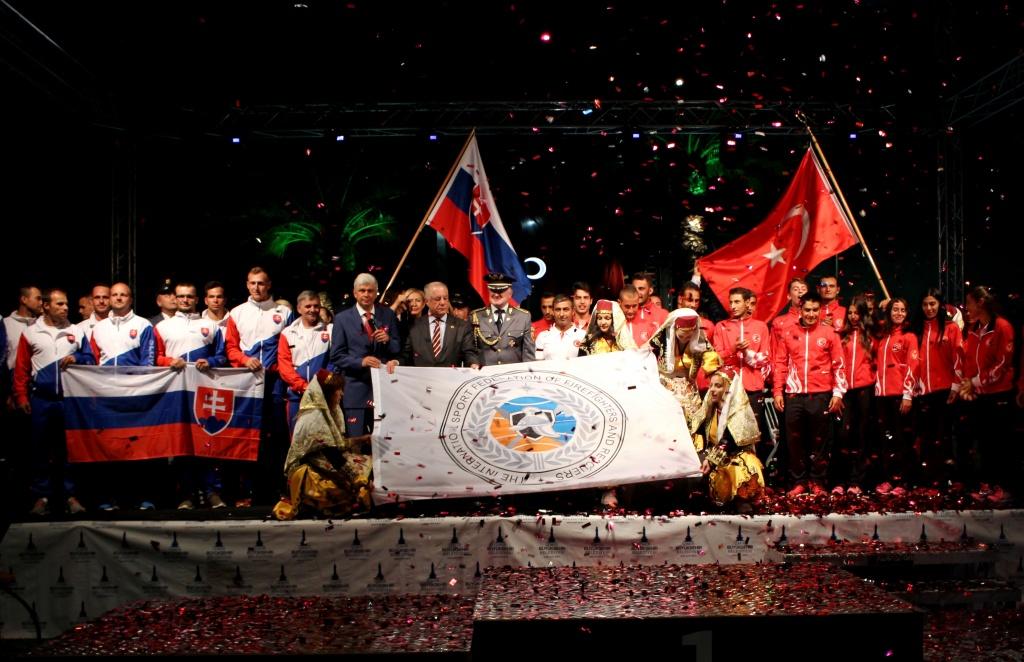 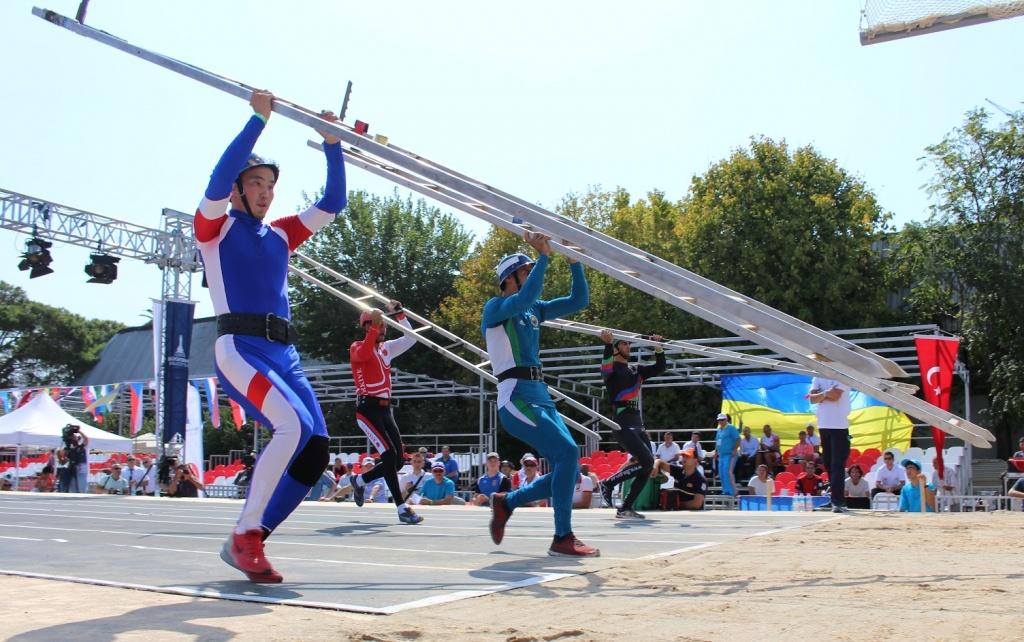