Adoption of a resolution on fire and rescue sport 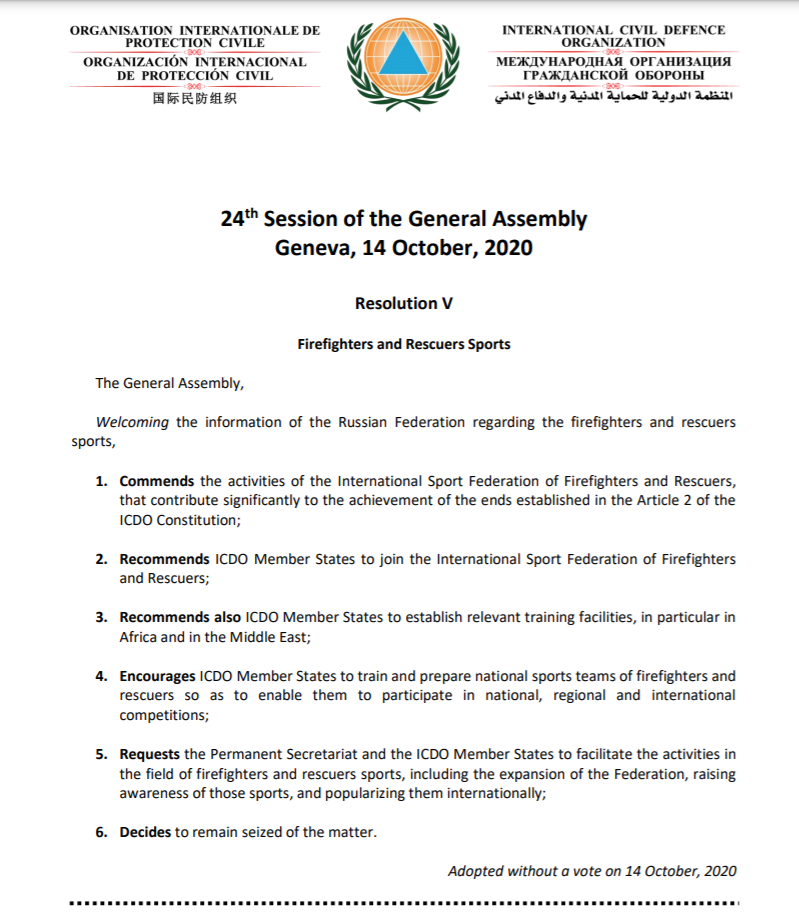